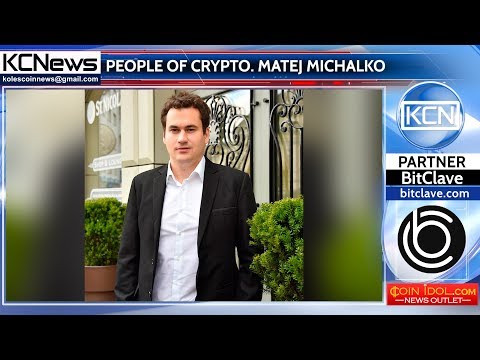 Company
Decent / Decent Foundation
Value Proposition
DECENT is a decentralized content distribution platform that utilizes blockchain technology to ensure trust and security. The platform will be open source. Freedom from censorship, fair rewards for publishers and anonymity (if so desired) are mentioned as key advantages.
Whitepaper
Customer Segment
Content producers, content consumers, miners (called "Publishers" by Decent).
Technology
The whitepaper is not yet entirely clear on the tech stack that will be used. Blockchain technologies are mentioned, Kademlia DHT and Bittorrent for content distribution. Apparently, parts of the software are already in development.
Team
The company mentions a Swiss and a Slovak office. There are three Founders: Matej Boda, Matej Michalko and Wayman Kwan. The core team consists of 13 persons total, plus four ambassadors and four advisors.
CV Matej B (from their website): Matej was always interested in new technologies and future progress. During his studies at the Technical University in Bratislava he took an internship in BMW Munich as a technical concept creator. Although his background is in applied mechanics, he became involved in blockchain based technologies in 2013. Fascinated by the decentralized protocols, he was interested in the cryptocurrency mining at first. Since then he has supported the community by helping to organize events such as Central European Bitcoin Expo Vienna and Bitcoin 2 Business Congress Brussels, advising on mining technologies and discussing future possibilities for blockchain. Currently he is focusing on the main project – DECENT platform – he co-founded.
CV Matej M (from their website): Matej’s interest in online privacy was fueled first while studying Computer Science at the Swiss Federal Institute of Technology in Lausanne where he completed a project concerning the privacy protection of mobile phone users for Nokia Research Center. Since then he became more and more involved with Bitcoin. Mining at his own laptop in the beginning, then organizing cryptocurrency conferences around the world (Austria, China, Belgium, UK, …). He also founded the first Bitcoin Marketing agency in the world. Matej has operated from multiple countries, including the UK, Isle of Man, Switzerland, Slovakia or China. Since the beginning he is passionate about the immense potential of blockchain technologies. Thereby, he founded DECENT last year.
CV Wayman Kwan (from their website): Wayman Kwan is a venture capital investor partner of Elements Capital LLC, USA. He was responsible for the business development, financing and promotional activities in several international companies. He founded a private information services team providing finance and investment advice to the companies around Asia and became a partner in Malaysian and Chinese Joint Venture. He is a well-recognized investment advisor and also participates in many other non-profit and charitable organizations such as Rotary International, Negeri Sembilan Royal Anti-drug Association and Malacca Shooting Association.
Team Page
ICO offering details
ICO starts at 1:00pm GMT Sunday, 11th of September. Duration: 8 weeks.
70% of the total available DCT ("fuel of the network") will be distributed initially, 30% will be made available to miners later on. Of the initial distribution, 10% of the tokens go to the Decent Foundation, 2% go into an "Investment Fund", 1'000'000 go to the bounty program, 3'000'000 go to the marketing program. The rest is sold in the ICO. I did not find the total number of tokens to be created, only percentage numbers. Sale starts at 5000DCT/BTC (+50% bonus on the first day, up to 10M DCT), going down to 3000DCT/BTC over time.
Update: Decent just reiterated that "The final amount of DCT will be determined by ICO results. DCT distributed during ICO will represent 70% of the total DCT ever issued." on Bitcointalk. I find the combination of relative and absolute numbers a bit confusing, but in the end, 70% seems to go out to ICO participants (plus the devs), 30% to miners.
Update 2: Decent made the 50% bonus "dependable" by removing the 10M cap and prolonging it until today (September 11th), 11PM GMT. Good reaction.
ICO page - Homepage
Donations
Since we are talking about paid content: in case you'd like to make a small donation to the writer of this post, please send your Satoshis to: 1JsiFGmKZvr3iR4KejpMswmapCoB2oWsog